What COVID Really Taught Us About Self-Show 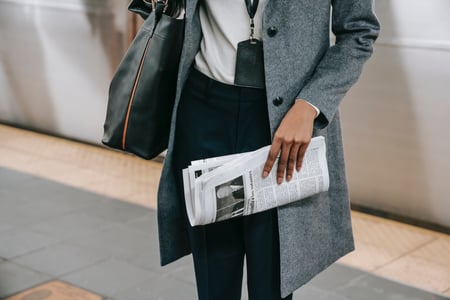 When the multifamily industry looks back at the unprecedented events of 2020, one of the most remarkable characteristics will be the meteoric rise of self-guided tours. Readers of this blog will be familiar with our views on this subject. For some years, we have urged the industry to embrace self-show, citing both the success of self-guided tours in single-family housing and the self-service megatrend that has changed most industries.

But we would never have predicted what happened as 2020 unfolded. As the pandemic took hold, necessity forced companies to work more quickly than ever before to change the process. Unsurprisingly, self-show was a big part of the 20 interviews that we conducted recently for our 20 for '20 report. Below, we summarize what happened in 2020 at the companies we interviewed and the implications for the longer term.

In the 2019 edition of our 20 for '20 paper, we reported with some disappointment how little attention the multifamily industry was paying in self-guided tours. Given how self-show had already swept single-family rentals and the self-serve megatrend that had already changed so many experiences and industries, it was surprising to us that multifamily operators were so resistant to allowing self-guided tours in their buildings. A year later, we reported what felt to us like an astonishing turn-around, as almost everyone we interviewed had either already started a self-show initiative or planned to start one in 2020.

Nobody could have foreseen the sea of change that we experienced last year, as emergency social distancing rules turned self-show from an aspiration to an absolute necessity overnight. Our interviewees had a great deal to say about the learnings of 2020, the main points of which may be summarized as follows:

When we asked interviewees to tell us what the extensive 2020 learnings would mean for self-show in 2021, two broad themes emerged: the satisfaction with a low-tech tour approach and the desire for an integrated leasing process.

No Rush To Technology

The operators we interviewed seemed happy with the self-show capabilities that they developed in the last year. Several were planning to stick with lower technology through 2021, seeing no pressing need for a more tech-enabled tour. Some expressed skepticism at the curated, museum-style tours that are gaining ground elsewhere. One COO spoke of the cultural hurdles still to be overcome as leasing agents instinctively want to tour people, meaning that team buy-in is an essential ingredient of successful tour technology.

There was also a feeling that the technology requirements keep shifting, as supporting technologies like access control and CRM continue to develop. For this reason, several companies are focusing on the leasing process that they want, which should include a good virtual tour, a way to engage with an agent, and a way to get people into the community and unit with or without an agent. A 100% virtual still feels scary to a few of the portfolios represented in the interviews.

Consistent with the general tone of caution about self-show technology, many interviewees spoke of plans to pilot more solutions in 2021 before making any implementation decisions. There were a number of reasons for this, including one perception that suppliers in this space remain immature, making the bleeding edge of the technology unattractive.

Another consideration is the makeup of portfolios. One size is unlikely to fit all properties, so fee managers, in particular, expressed a desire to standardize on two or three solutions that would cover the property types in their portfolios.

Historically, multifamily has been quick to reach for a technology that solves a problem. This has led companies to a technology "stack" that is an accretion of individual pieces of functionality (and usually numerous solution partners). Self-show is just such a "problem," but rather than reaching for a technology solution, an increasing number of companies are thinking about the entire leasing (and in some cases, resident) journey.

By asking a different question, operators are now focusing on integrating many leasing activities: initial engagement, lead tracking, touring options, etc. Access control and other systems introduce another layer to the process. The role that technology, including AI (a subject to which we shall return in a future post), for example, should play in guiding the prospect through their leasing journey represents an open question as operators reconsider leasing.

In this environment, the skill of designing and executing leasing as a process into which technology can be integrated may well trump the benefits associated with any individual technology. It seems there is no doubt that self-show is here to stay, but the jury is out on the specific role that it will play in a self-serve leasing process that will change in many other ways in the near future.

This blog summarizes one of the findings from this year's 20 for '20 research, based on 20 conversations with senior multifamily leaders. Download your free copy to see the whole picture of 2020 and the outlook for this year and beyond.

Photo by Ono Kosuki from Pexels