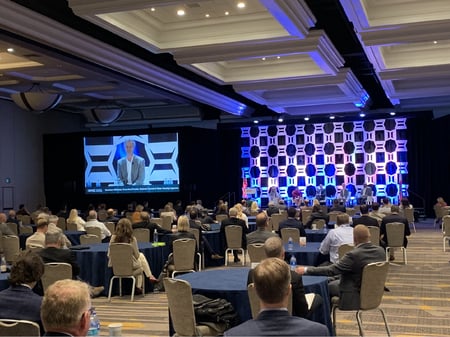 I just returned from the 2021 NMHC Annual Meeting in San Diego (six months deferred from its customary time). I can't help but reflect on our industry's resilience and the rapid changes happening as we now have more than 62% of the eligible US population (12 and older) with at least one vaccination.

First, we must congratulate Doug Bibby and the entire NMHC team for pulling off an amazingly successful conference. To my knowledge, it was the first face-to-face meeting of its kind since the pandemic started. The necessity of limiting this to 2,500 people became a strength as several veterans commented on how it felt much more intimate, much like the conferences in Palm Springs and Boca Raton before the event outgrew those venues.

Having decided to put the event on long before we knew how few new cases would be coming each day, NMHC had strong protocols in place. In particular, there was a requirement to either validate vaccination status ahead of the conference or submit to daily testing. It led me to two observations about the post-pandemic world:

Turning to the conference content and what I heard during a variety of meetings, several items stood out to me:

Finishing on a personal note, I will just say that it was great to get out of my house and see so many colleagues and friends. Hopefully, this trend will continue as we enter what is expected to be a much busier summer and fall conference season!